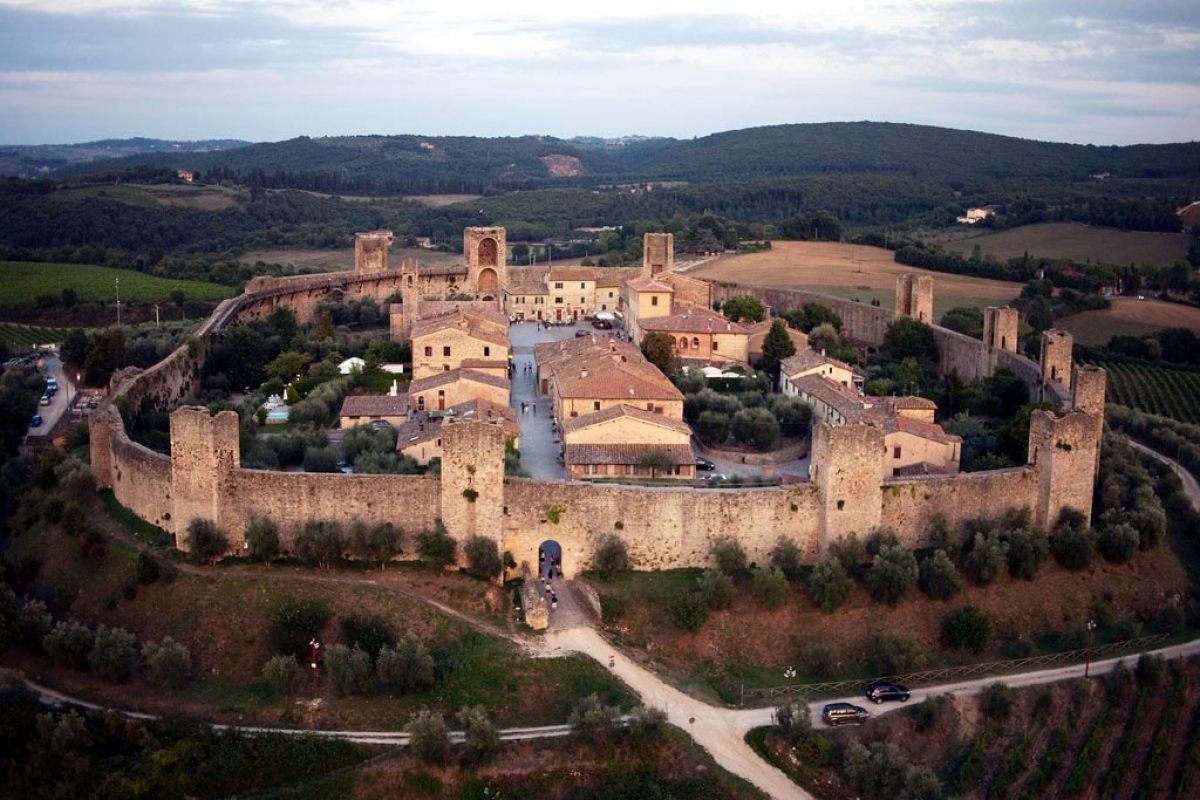 
Overview
Monteriggioni represents one of the most important walled castles in the territory. It has incredibly preserved an intact structure as if time had never passed on the hill from which it elegantly dominates the surrounding landscape.
It is nestled in the province of Siena, between this beautiful city and Colle Val d’Elsa. Its perfect circular perimeter makes one suppose it to be an artficial construction while in actuality it was created by just following the curves in the natural ground.
The castle was built by the Sienese between 1213 and 1219 for defensive purposes: its strategic location atop a hill overlooking the Cassia Road allowed the castle to control the cities of the Val d’Elsa and Staggia and be on the lookout for any armies approaching Siena.
The intact fortified wall presents 14 towers along which the guards used to walk and patrol the walls and 2 gates, one called the Franca or Romea Gate which faces Rome and the other known as the Florentine Gate since it heads toward Florence.
The current structure of the village is essentially the original one, the only changes it went through date back to the 16th century when the towers were lowered and some earth accumulated at the base of the walls and another dating back to 1921 when 3 of the 14 towers were reduced to the level of the walls. 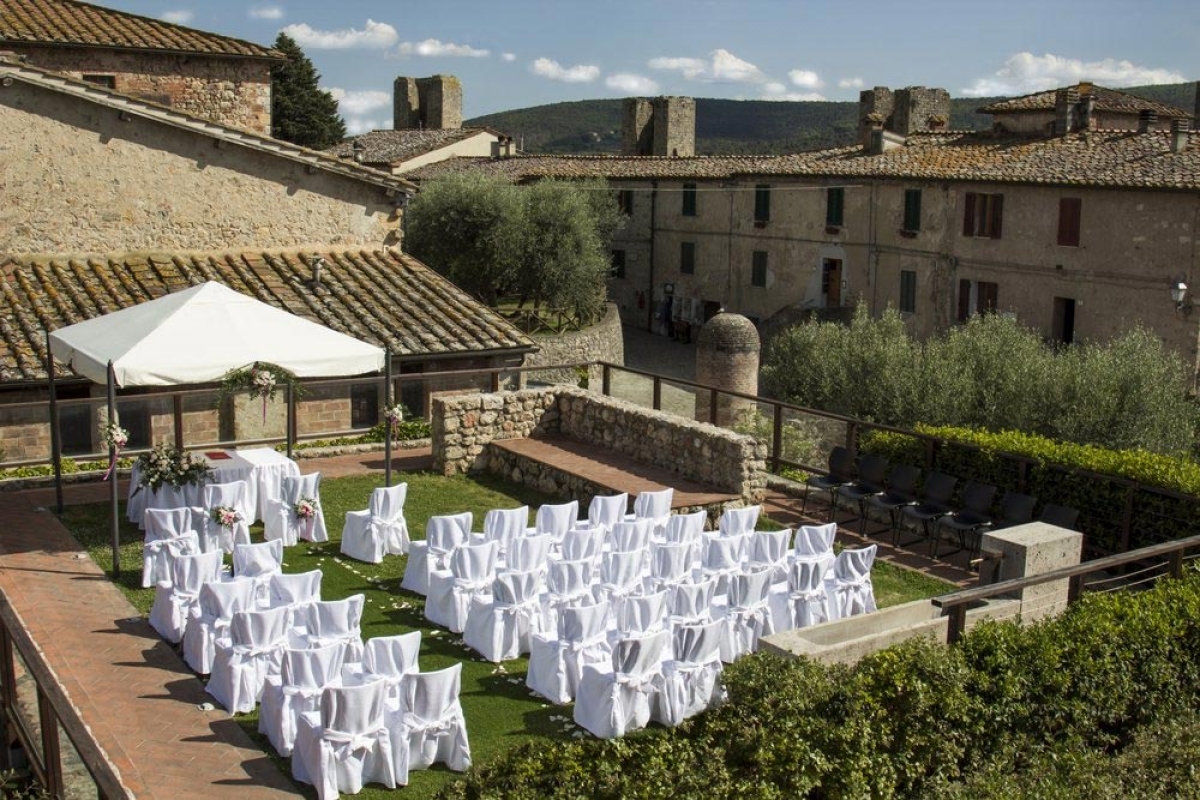 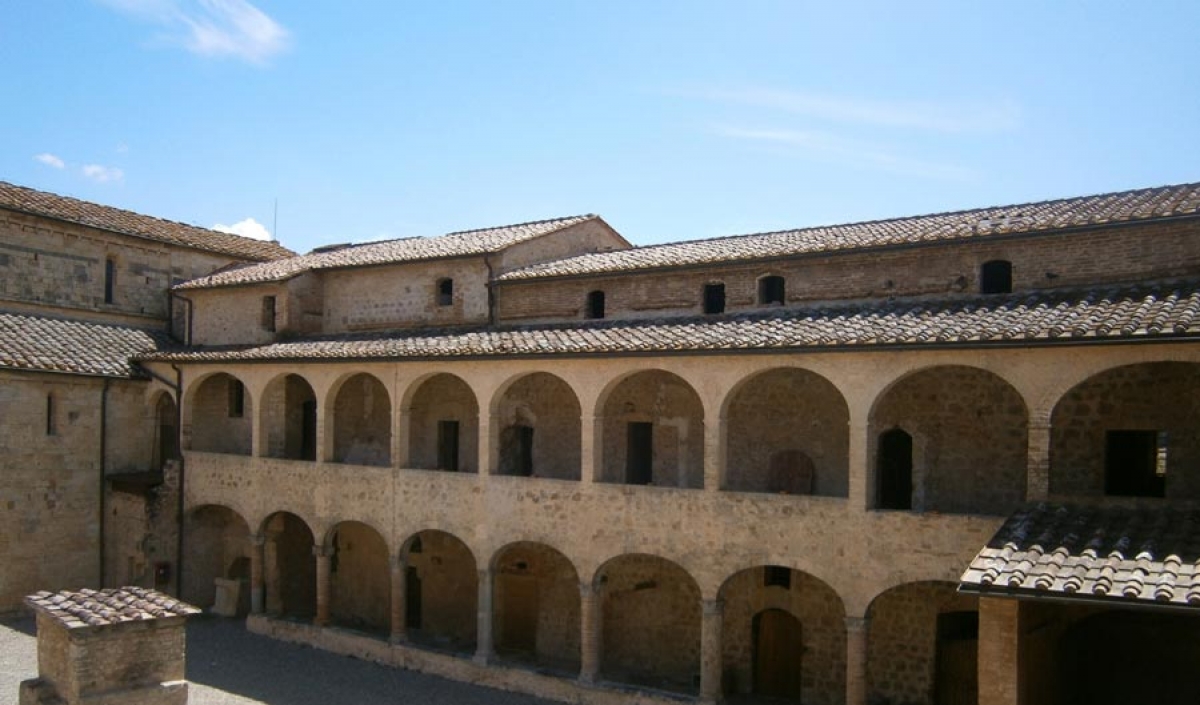