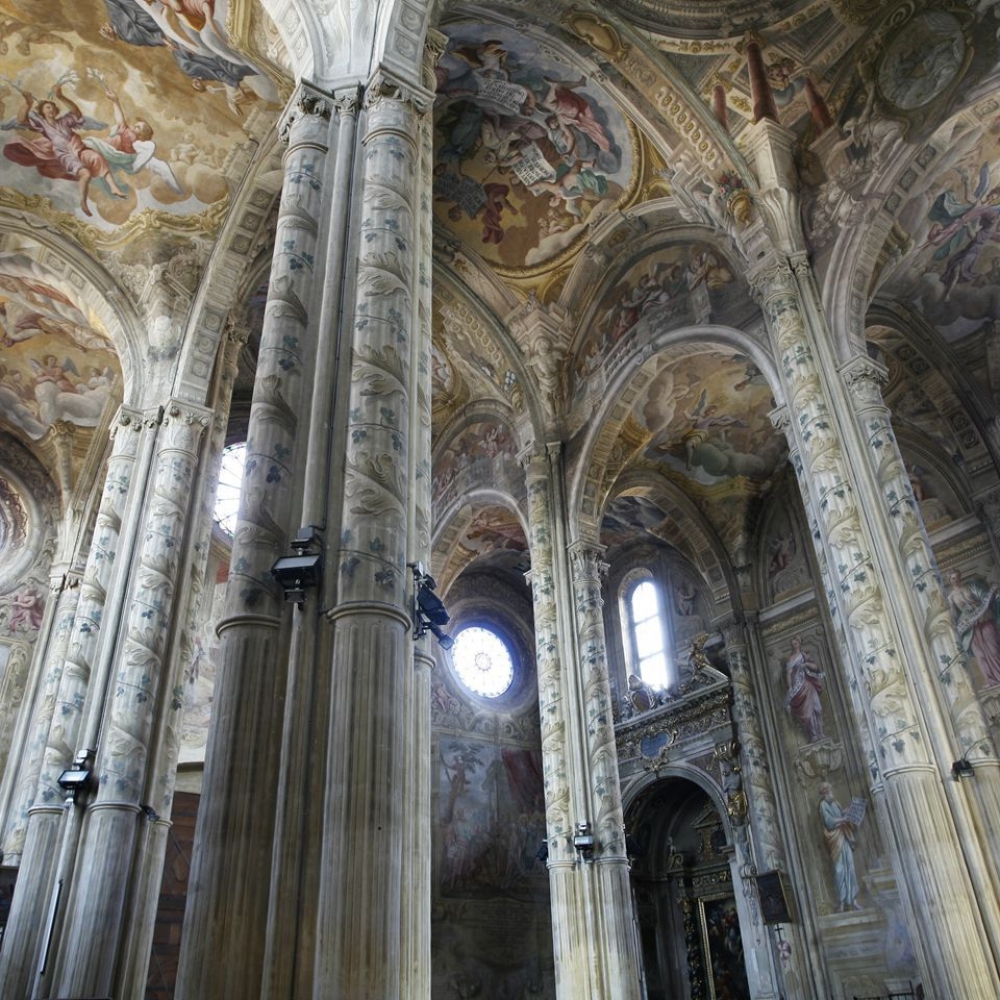 
Overview
The Cathedral of Asti (length 80 m. Width 25), dedicated to S. Maria Assunta, was built in Piedmontese Gothic around the first half of the 14th century, on the remains of a previous Romanesque church, consecrated in 1095 by Pope Urban II returning from France, where he had preached the first crusade.
In 1266 the bell tower was erected in Romanesque forms. In 1323 a new building site (Gothic cathedral) was opened due to the sudden collapse of a nave. At the beginning of the 18th century, at the behest of Bishop Milliavacca, the building underwent a radical transformation: a Baroque decoration was superimposed on the Gothic forms.
In 1762 the presbyteral area was restored on commission of Bishop Caissotti, still in Romanesque forms. The interior has numerous chapels donated by noble families from Asti. In the chapel of the Madonna Grande or Epiphany there is the statue of the Madonna Assunta, in silvered copper, the work of Giovanni Tommaso Groppa. Above the presbytery, which preserves a precious mosaic floor, dating back to the centuries. XII-XIII, two large organs, work by Liborio Grisanti (XVIII century) on the left and Serassi brothers (XIX century) on the right. The high altar in polychrome marble was built in 1732 on a design by Benedetto Alfieri. 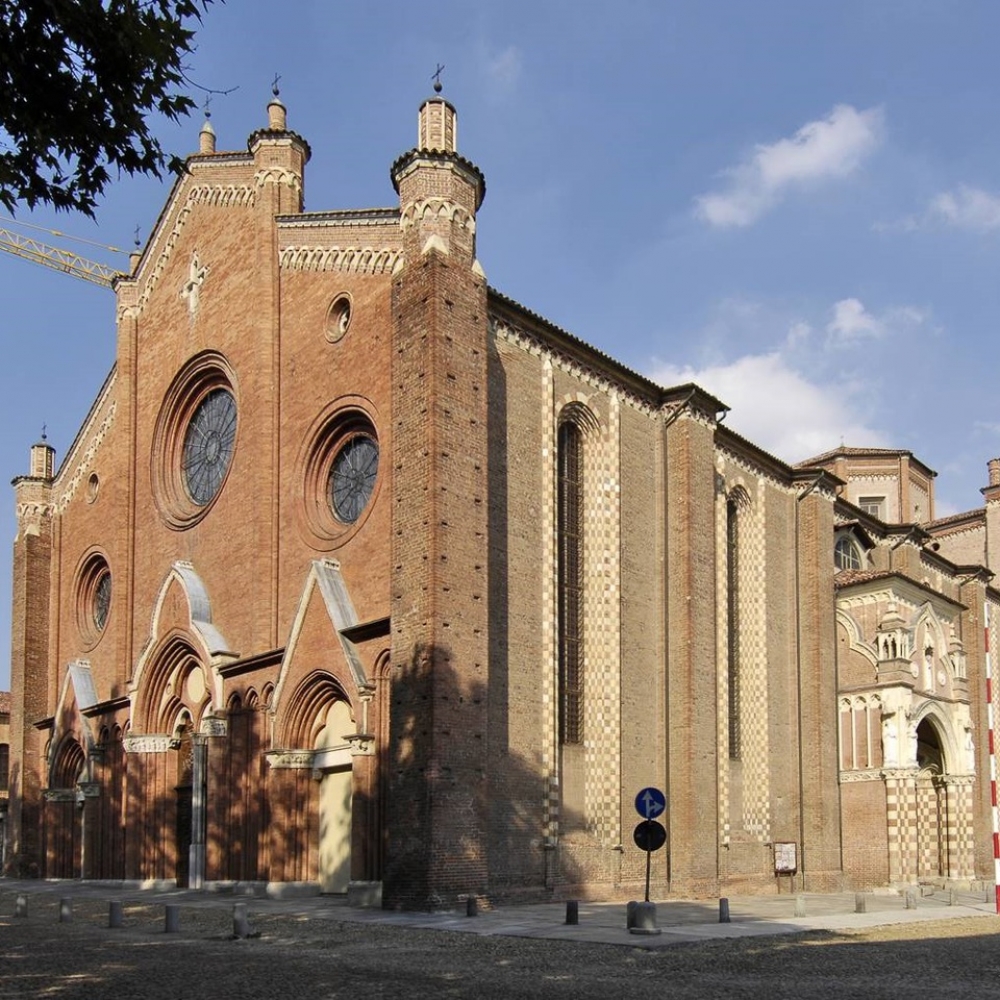 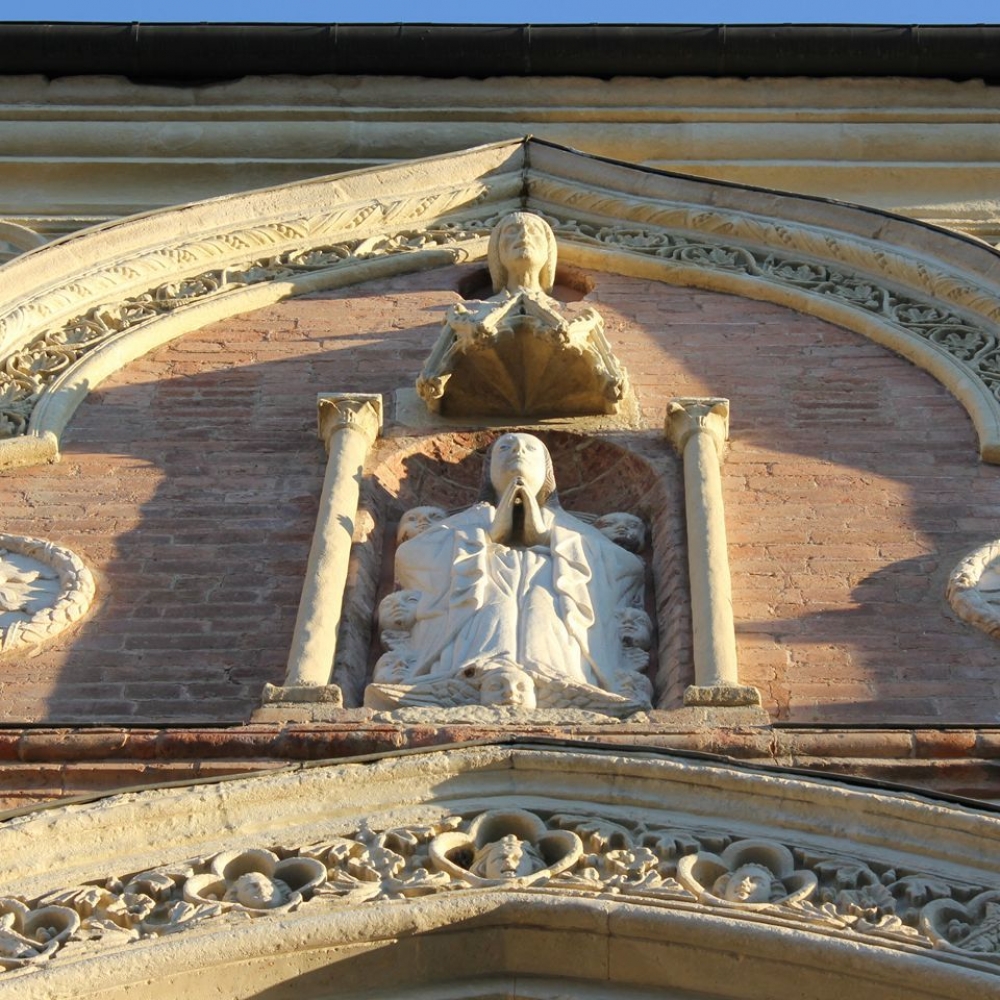 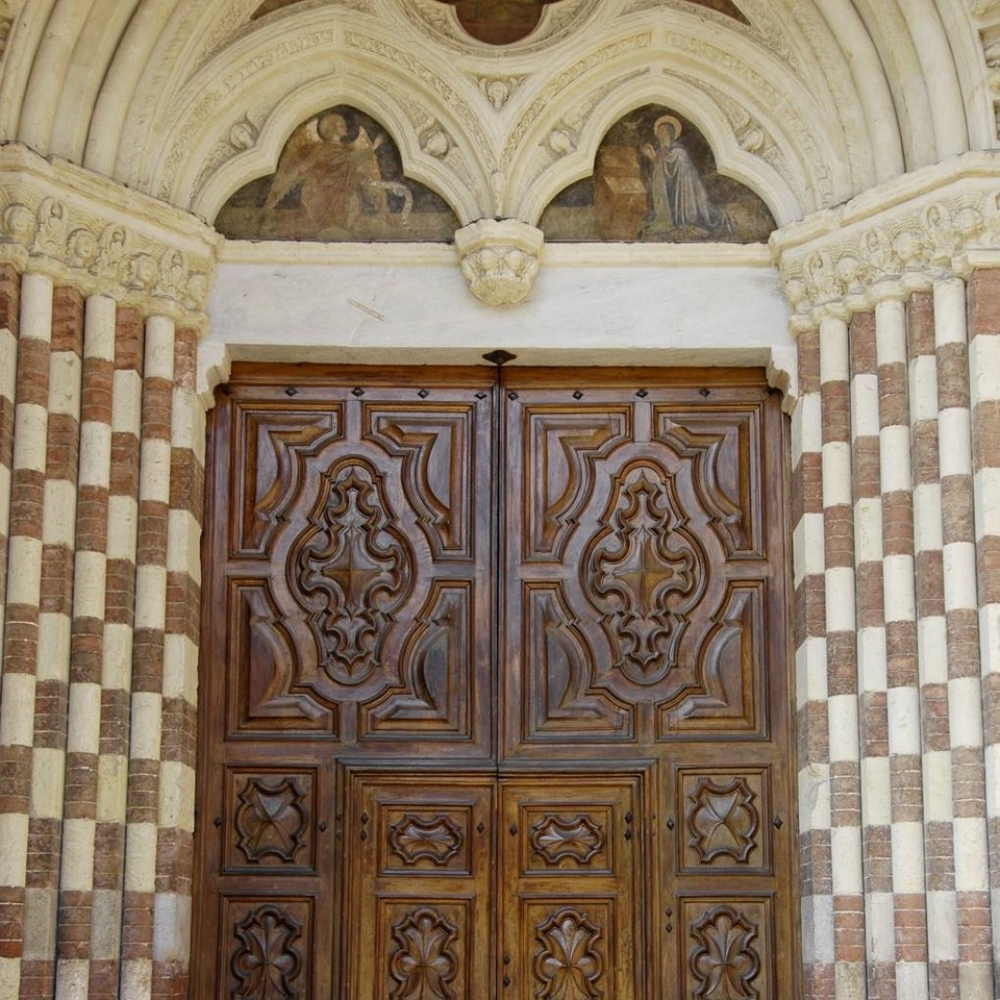 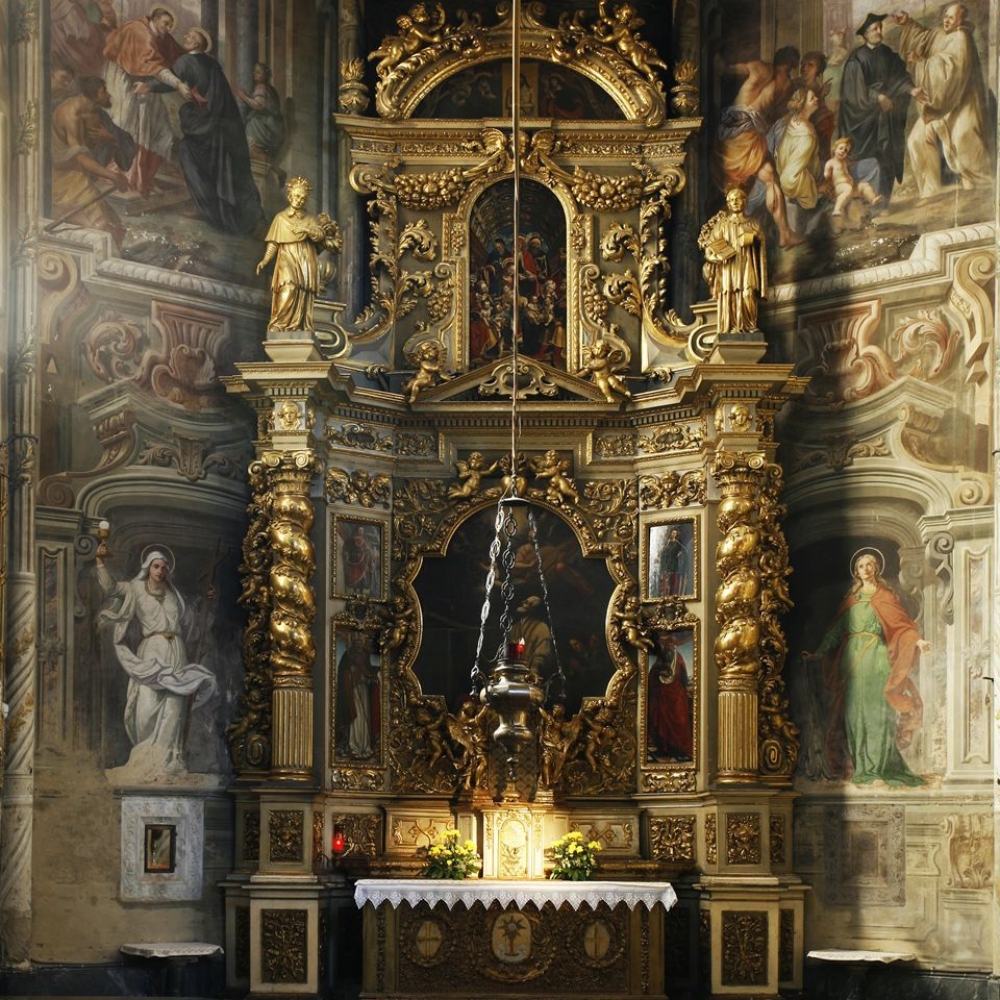 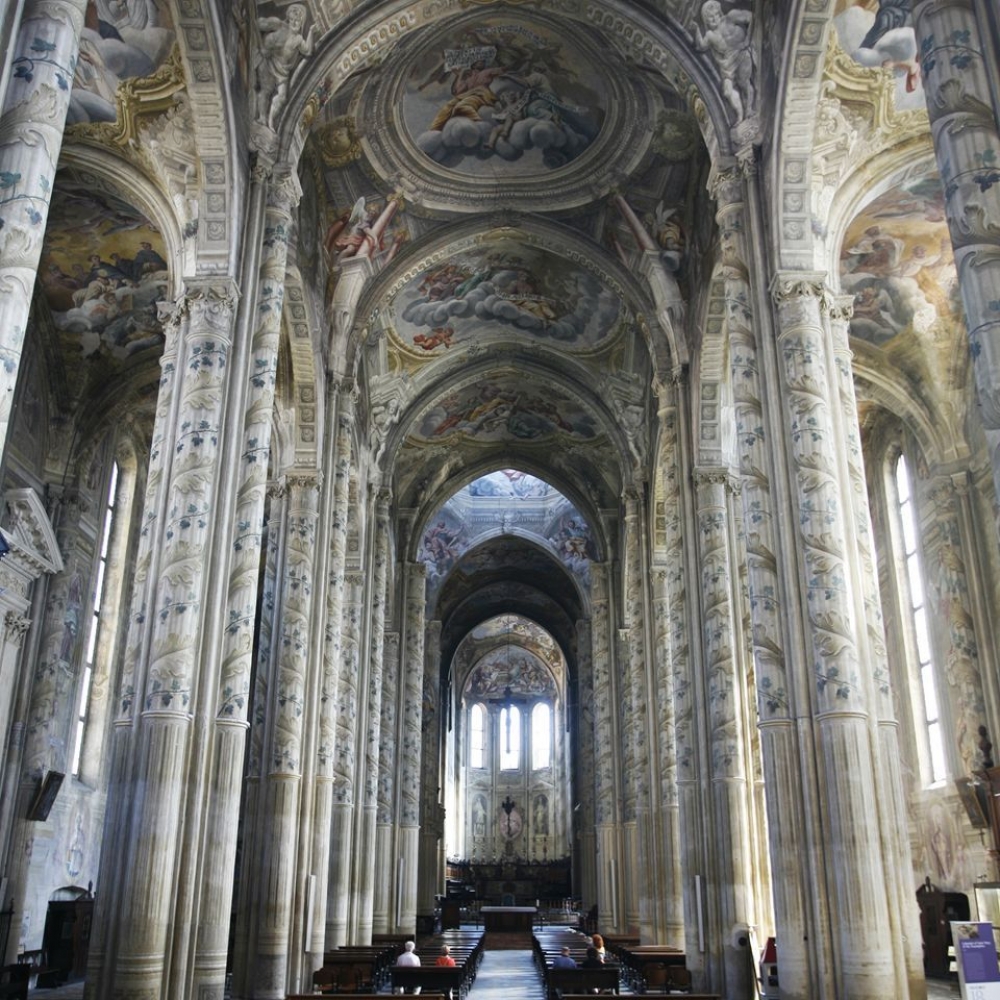 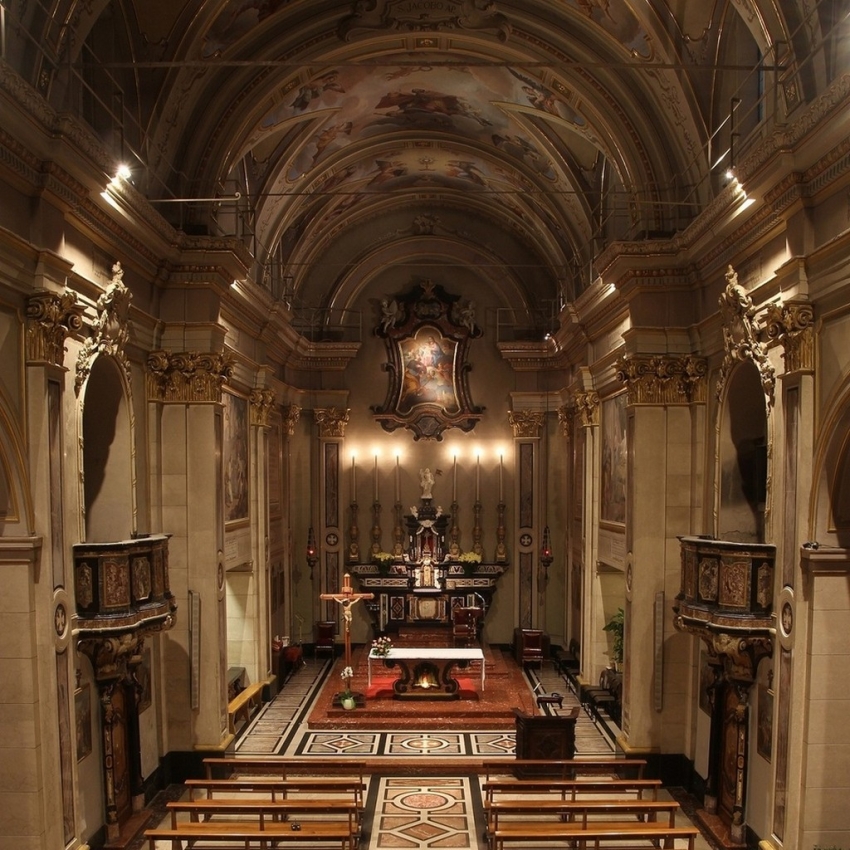