The Gardens at San Quirico

LEGAL weddings in the town-hall gardens. 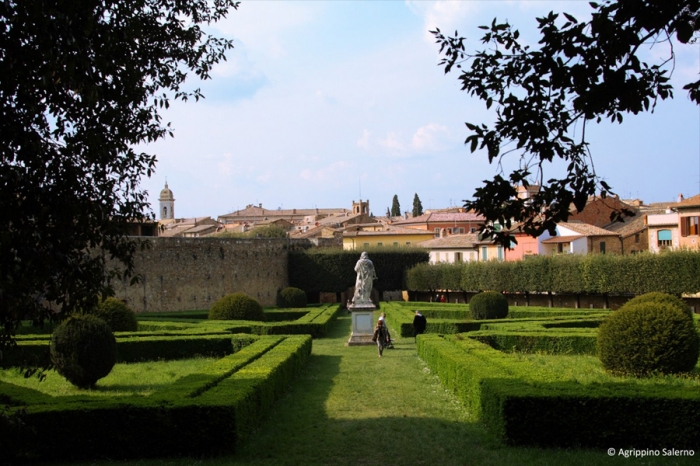 'The Horti Leonini is a small and very original universe that abounds in literary, artistic and scientific contents, which enclose invisible correlations between microcosm and macrocosm. It was realised by Diomede Leoni, right-hand man of the Medici family, who in 1535 received from Francesco I a piece of land amidst the bastions of San Quirico.

Designed around 1581 by its owner and named after him, the garden is a fascinating example of a classic Italian garden, joined to a wooded area. The particular conformation of the land led Leoni to divide it into two parts. The lower area is rhombus-shaped and contains an Italian garden with a hexagonal shape, conceived as a transfiguration of the circumference. The beds are bordered by a double box hedge and separated by a series of lanes that converge towards the centre where, in 1688, a statue of Grand Duke Cosimo III de’ Medici was placed. The centre lane of the Italian garden leads to a stairway that connects it to the upper area consisting of a wood of centuries-old holm-oaks around a grassy meadow, and traversed by winding paths. The Horti Leonini Garden is embellished by statues with symbolic connotations and inscriptions celebrating Diomede Leoni.

Property of the Commune of San Quirico d’Orcia since 1975, Horti Leonini has been subjected to conservation directed by the Supervisory Service for the Environmental and Architectural Heritage of the Provinces of Siena and Grosseto.'[1]

The statue that dominates the heart of the lower garden is not original to the 16th Century design. It was placed there in the 1950s for its protection after the Palazzo Chigi had been damaged during the Second World War.

The statue depicts the Grand Duke Cosimo III de'Medici (1642-1723). The statue was made as a way to thank the Grand Duke for giving the title of Marchese of San Quirico to Cardinal Flavio Chigi in 1677. This portrait was originally set in the ballroom of the Palazzo Chigi.[2]

The Horti Leonini garden ends at the Giardino delle Rose, a rose garden outside the church of Santa Maria Assunta. 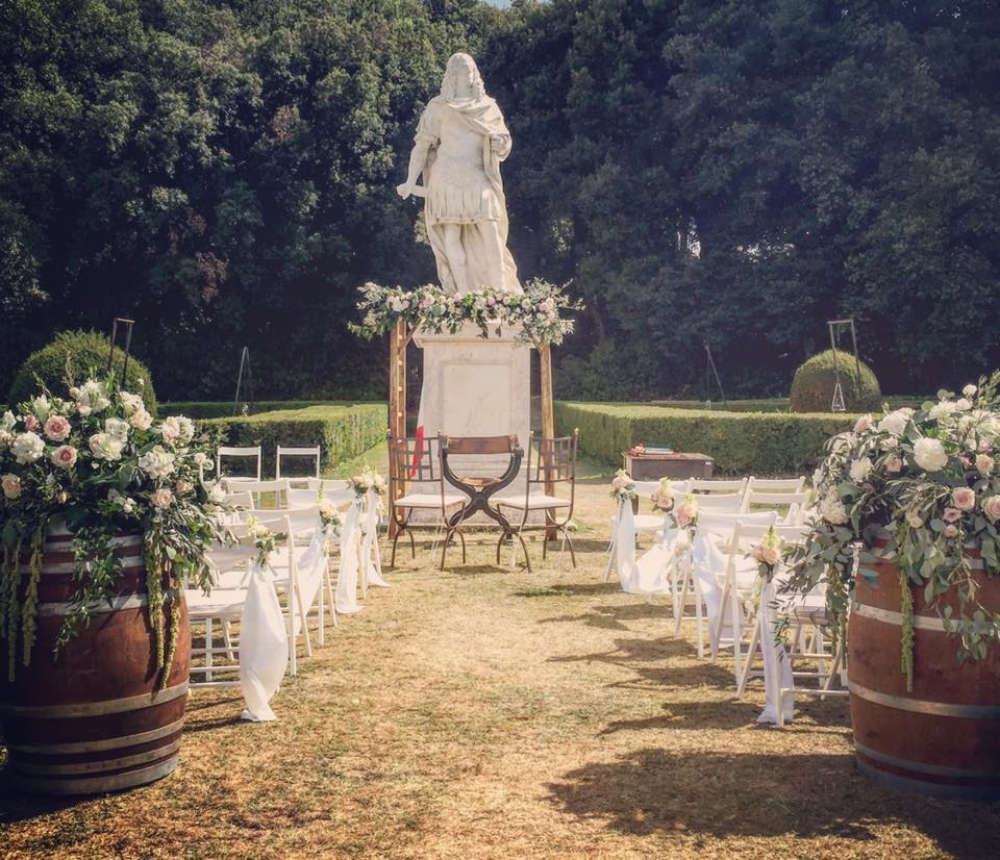