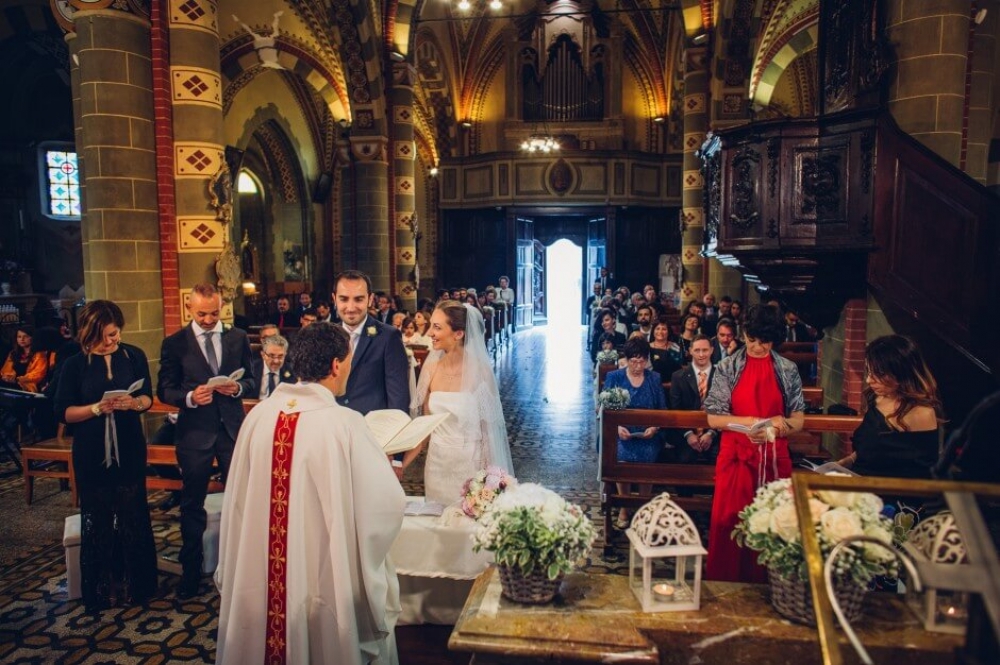 
Overview
Originally a Benedictine cell with adjoining monastery by the monks of the Abbey of Fruttuaria di S. Benigno Canavese (sec.Xl - XII); through various renovations and amplifications starting from the primitive Romanesque style, we reached the current late Gothic style. Around 1750 the apsidal part was enlarged, in Baroque style and the choir was built. Two stones, walled in the facade, show the effigy of St. Anthony and its symbol.
The construction of the bell tower dates back to the fifteenth century, probably replacing an original one erected by Benedictine monks. In the lower part, under the band of arches that adorn it, there is a human head in sandstone and an ancient bas-relief.  At the end of the left nave, at the base of the bell tower - the chapel of the Sacred Heart of Jesus and totally decorated with fifteenth-century frescoes depicting, on the back wall: Jesus crucified, between the Madonna and St. John the Evangelist and, below full-length, several saints including S. Rocco and S. Bernardino da Siena.
On the left wall are depicted St. Peter martyr, St. Christopher and St. Anthony abbot. On the right, the S. Vergine Assunta towering over a praying Saint bishop and S. Caterina d'Alessandria. On the sides of the presbytery, two large paintings attributed to G. Stura show S. Carlo communicating the plague victims and the miracle of the host. On the right wall, an interesting fresco of uncertain times partially covered and reduced from its original size, represents the Madonna Enthroned with the Child and St. Anthony the Abbot blessing (see image).In the second chapel of the right aisle, a 15th century fresco depicts the Madonna and Child, in which there are pictorial analogies with some works of the so-called "Maestro di Boccaverano". 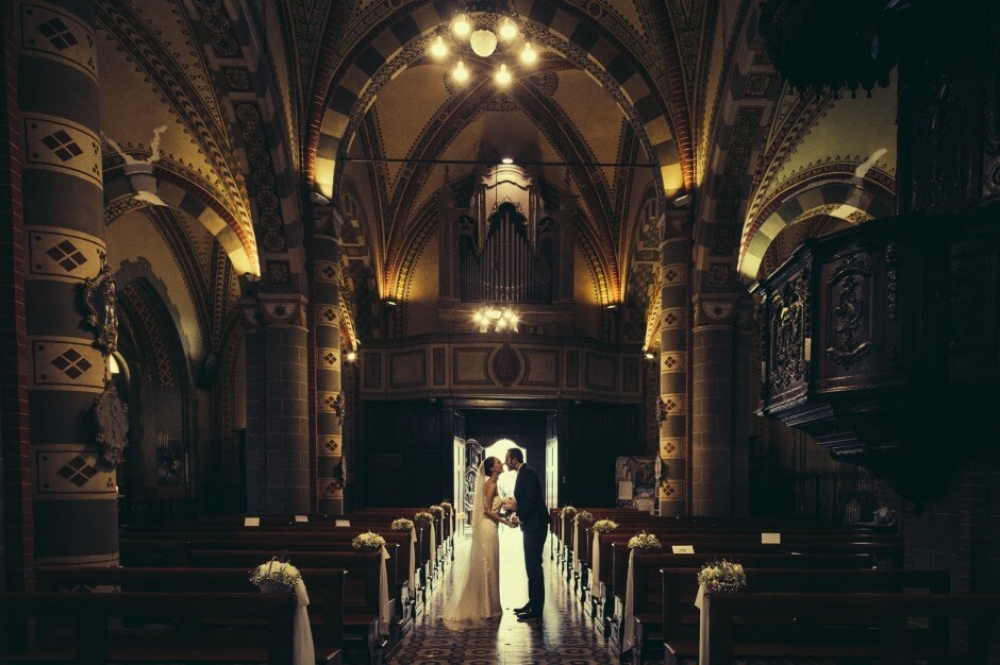 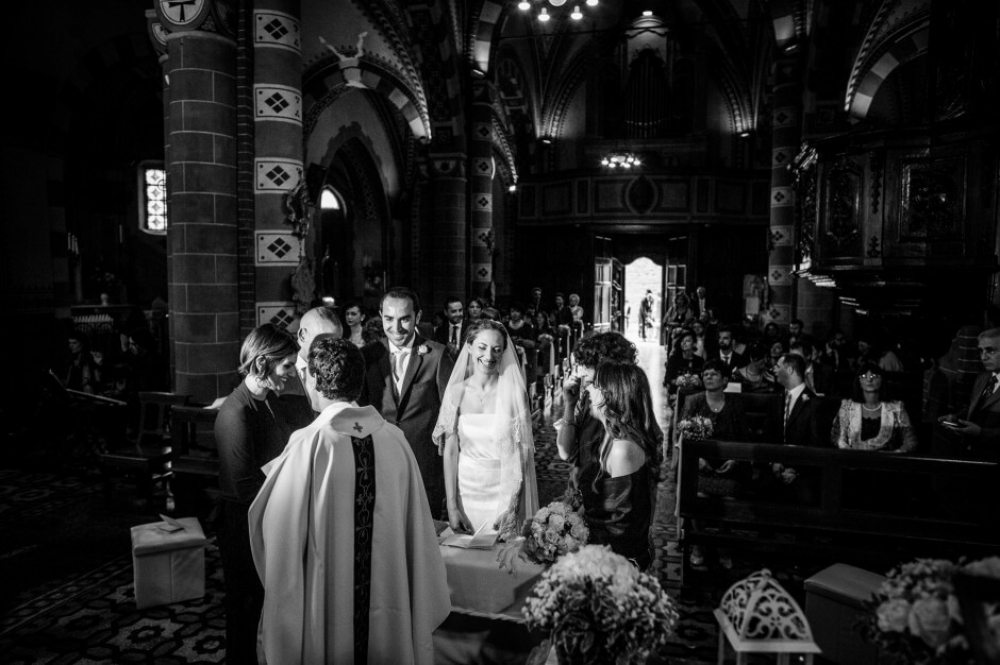 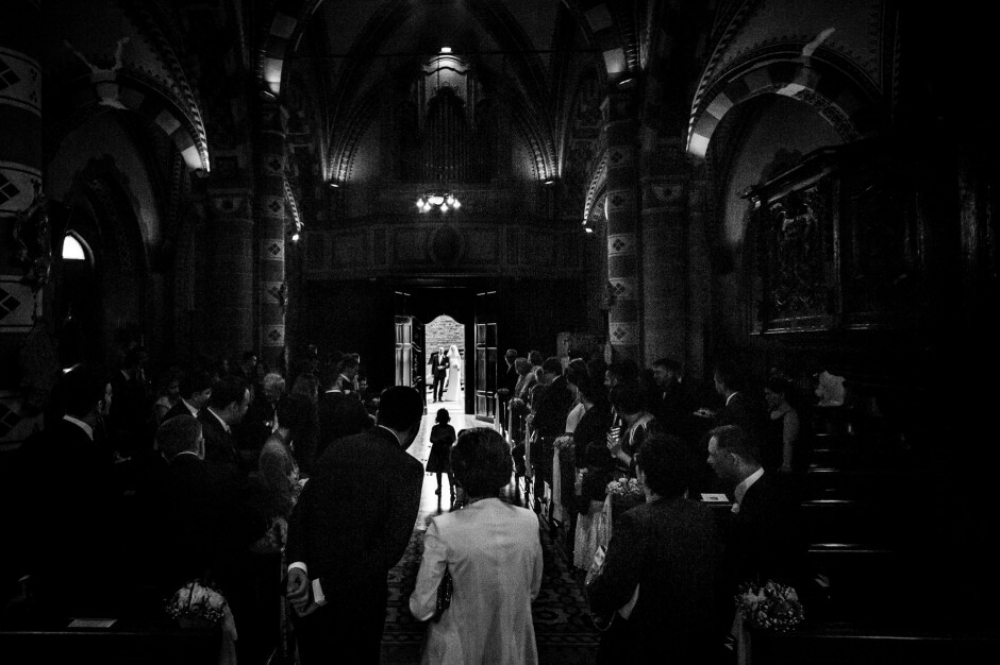