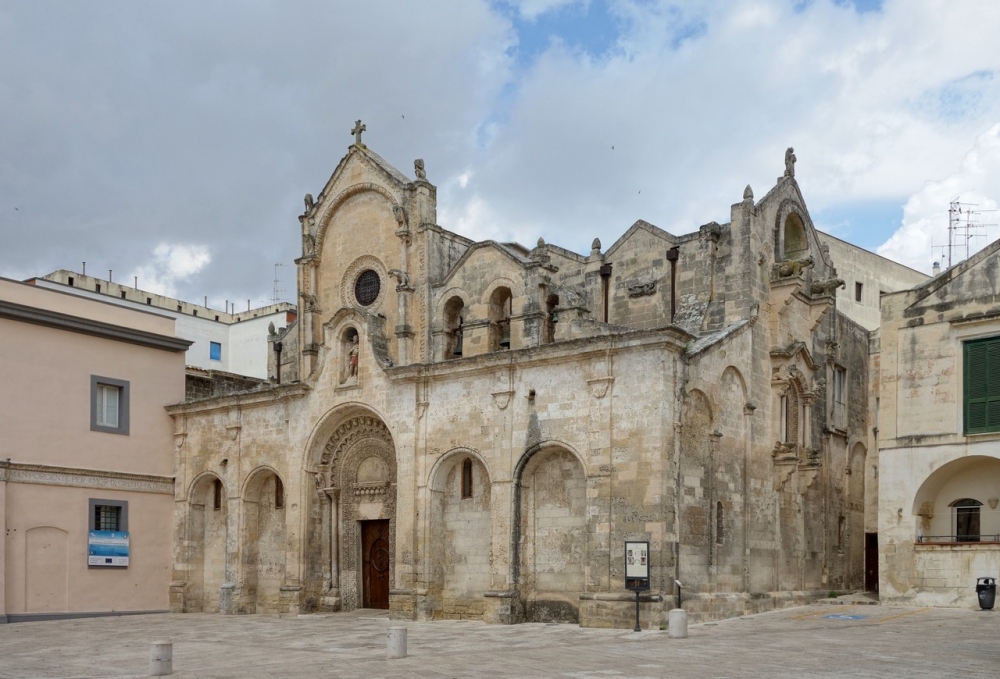 A church was documented on this place since 1204, under the title of Santa Maria Nuova. The church belonged to the Benedictine monks, who abandoned it in 1212.Between 1230 and 1233, the Archbishop Andrea built a new church for the Augustinian nuns arrived in Matera from Palestine in 1198, and hosted for a while in the rupestrian Monastery of Madonna delle Virtù.After 1412, the nuns left the rule of St. Augustine to take that of St. Dominic, and the convent changed its title to Santa Maria dell’Annunziata. The church was abandoned in 1480, during the War of Otranto, because its position outside the city walls was too risky for the nuns.

In 1610, the main facade of the church was incorporated into the adjacent hospital building, and the current facade is, actually, its right side.
The church was reopened as a place of worship in 1695 by the Spanish Archbishop Antonio De Los Ryos y Colminarez, and dedicated to St. John the Baptist.

The architecture of the church is mainly Romanesque, but there are influences of various styles, such as Arabic in the portals, Gothic in the arches and Greek in its cross plan. The current facade is dominated by the main portal, finely decorated with plant volutes. The portal is also adorned with columns and animal sculptures. A work of tufa representing St. John the Baptist occupies the niche under the rose window.

The Church of San Giovanni Battista (Church of St. John the Baptist) is one of the most important churches in Matera, located outside the walls of the historical center of the city, in Piazza San Giovanni. 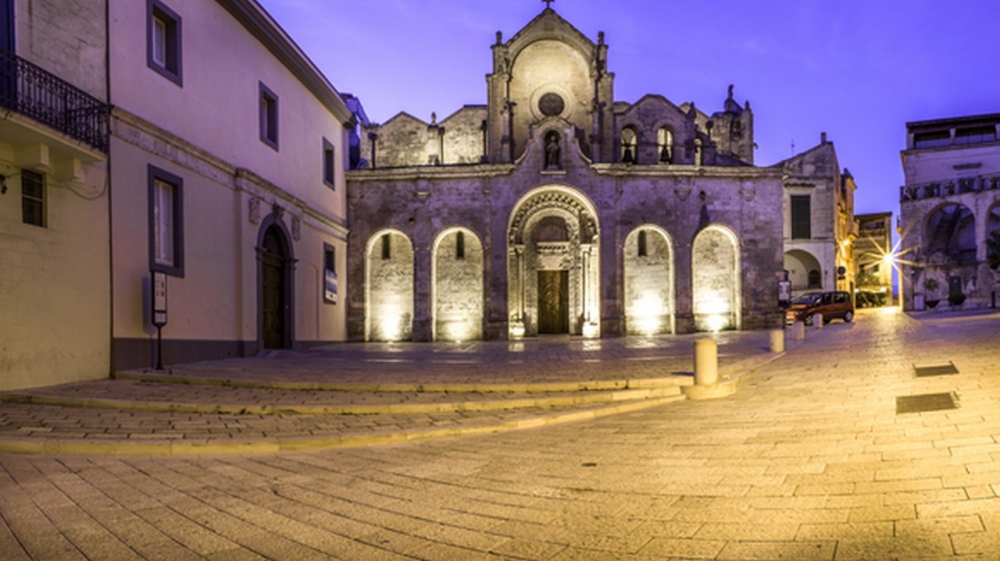 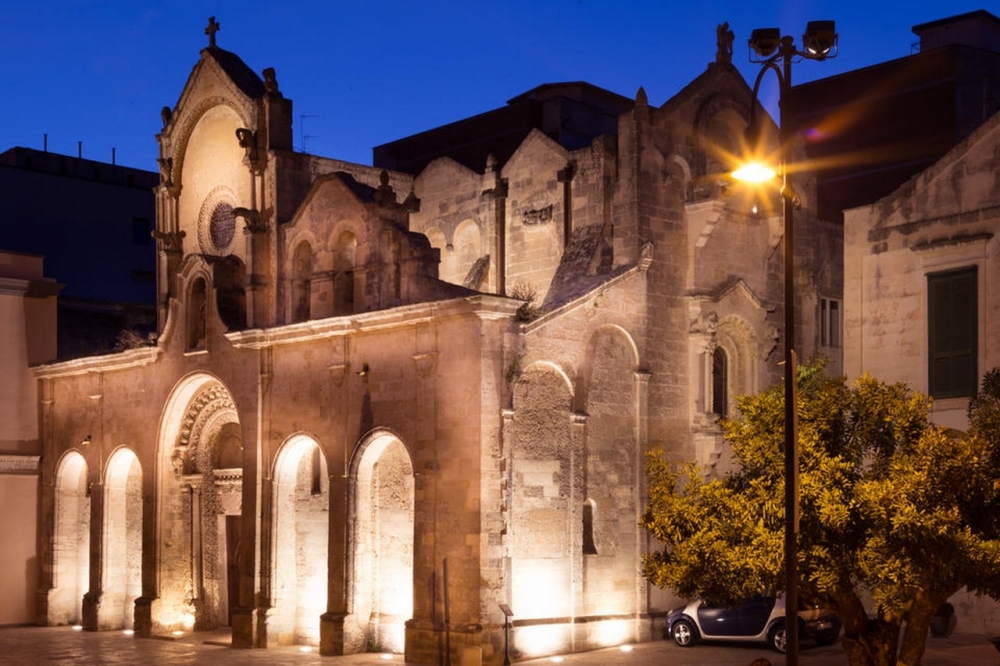 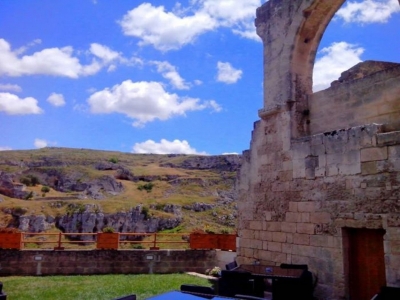